Rune Ødegaard works as an organization developer, lecturer and project manager in Norway. He holds a MA degree in pedagogic and social psychology from the University of Oslo, and has also studied management and counseling. For over ten years he has been an active teacher of Gnosticism and meditative practices, which have given him substantial experience within this field.

The main theme in his writings has thus far been how to use mythological material as tools for self-discovery and development. He has also made first time translations of classical esoteric books into the Norwegian language.

His writings on the Sethian Gnostic tradition are unique, and have been widely celebrated in both Europe and the US. 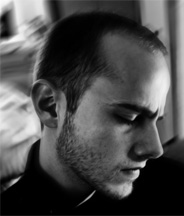 Joachim Svela is an architect and designer working in Norway and the UK.

He specializes in reflexive architecture, and is now doing his pre-diploma work at the Research Centre for Architecture and Tectonics

Over the past decade he has studied and taught several western esoteric traditions such as Kabbalah, Rosicrucianism and Martinism amongst others.

His works are permeated by an inclination towards the blending of borders between mysticism and art, both in his writings and artworks.

Academically his works study and discuss the borderlines between the physical and the digital, asking questions about the human notion of reality.

More of his diverse works and projects can be seen on his portfolio at Formbureauet.

Sølvi Nykland is a pedagogue and UX-designer currently working in Norway.

Her many and various works orbit the ancient and current gnostic myths and how they coil their way throughout history and the fabric of our existence.

She draws upon a wealth of narratives, stories, dream-imagery and nightmares, and portrays and questions our perception of reality through a trembling weave of visual, visceral and evocative words and images; collages, photography, painting and sculpture.

Stating that her works seeks to explore how art crosses into spiritual practice, frequent themes may be the body vs. the spiritual and the beauty of the macabre and unpleasant.

She has created several of Krystiania’s covers, until she had her debut in 2013 with Krystiania’s first book of art: “Noreas bok: Drømmer om Døden og Skapelse.”

See her portfolio at Hvitsnippforlaget